Dark zones in your genome 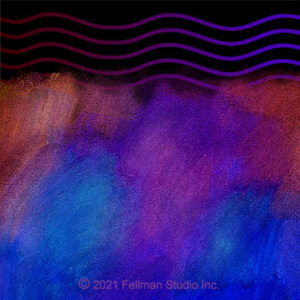 Dark zones in your genome

There are dark zones in your genome, but nothing shadowy is going on. They’re “dark” because regions — long stretches of ATCG code — haven’t been entirely or correctly mapped.

Scientists assumed the regions didn’t have important functions, such as genes coding for a protein. Some thought the DNA in the dark zones was junk, and that was just plain wrong and silly — for most suspected the zones were hiding critical information.

NexGen is adequate for most applications, but reassembling short pieces of a sequence is tricky. The order of the ATs and CGs can get mixed up. More importantly, the machines can’t identify long, repetitive sequences and large duplications in the non-coding zones.

Newer, long-read technology can light up complex areas of the genome. Biotech companies such as PacBio and Oxford Nanopore specialize in long-read tech. They sequence whole, individual molecules rather than breaking them into bits for reassembly.

Now scientists can see into the dark zones. No longer considered junk, the non-coding regions are the frontiers of genomic discovery. Researchers are using long-read technology to:

In addition to medical applications, geneticists look in the dark zones for variants to add to the Pangenome reference library. New variants and structural alterations are also increasing our knowledge of human evolution.

For example, geneticist Dr. Evan Eichler uses long-read to identify species-specific structural variants that evolved over deep time and made us human. He says, “Long-read sequence and assembly are revolutionizing our ability to assemble new genomes and understand the full spectrum of genetic variation.”

Students! If you’re a student in this area, it’s a wonderful time to be alive. You can do what used to cost us a billion dollars for the first human genome in an individual lab working on projects to identify the genetic differences that make us human.

— Dr. Eichler’s comments at the end of his lecture, “Comparative Genomics.” Watch the 19-minute video.

The image at the top is from a series of fine art digital paintings about the dark zones in your genome. Some of the pictures are available from my online store in a set of six notecards.